Creative Voices of the Vietnamese Diaspora

Creative Voices of the Vietnamese Diaspora 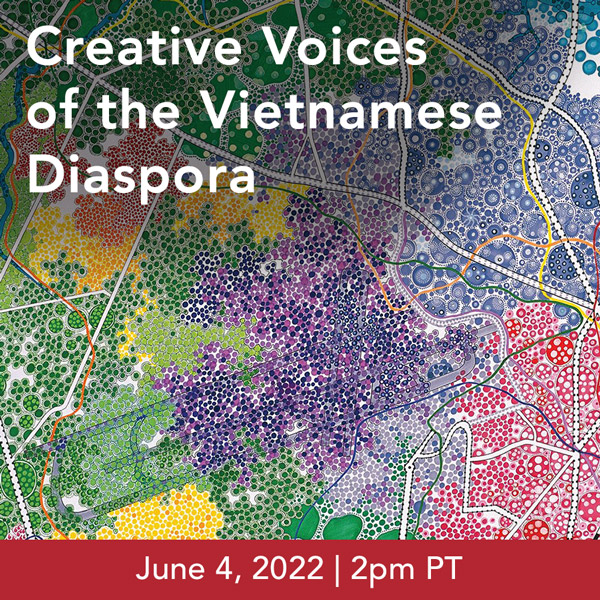 Join artists and writers at the Oakland Asian Cultural Center for Creative Voices of the Vietnamese Diaspora. Artist Katherina Nguyen will discuss her works in the “Textures of Remembrance” exhibition, as well as her work with the DVAN – Texas Tech publishing imprint and upcoming Mapping the Diaspora project. She’ll be joined by panelists Lan Duong and Kathy L. Nguyen, the editors of Troubling Borders and contributors to Watermark: Vietnamese American Poetry & Prose, as well as Isabelle Pelaud, Founder and Executive Director of the Diasporic Vietnamese Artists Network (DVAN).
The panel discussion will draw on the creative outlets and collections found, created, or published to share interwoven cross-generational Vietnamese voices and perspectives of war, refuge, and identity.
This program is presented in partnership with the Diasporic Vietnamese Artists Network, Exhibit Envoy, and Eastwind Books of Berkeley.
Image Credit: Cover art of Troubling Borders.
About the Speakers (in alphabetical order by last name) 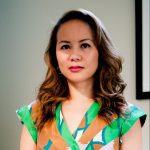 Lan Duong is Associate Professor in Cinema and Media Studies at the University of Southern California. She is the author of Treacherous Subjects: Gender, Culture, and Trans-Vietnamese Feminism (Temple UP, 2012) and coeditor of Southeast Asian Women in the Diaspora: Troubling Borders in Literature and Art (UW Press, 2013). Her poem has appeared in Watermark: Vietnamese American Poetry and Prose (Asian American Writers Workshop, 1998), a reprint of which will be published by Texas Tech University in 2023 to celebrate its 25th year anniversary. Other poems can be found in Oberon (2018), Spoon River Review (2018), Bold Words: Asian American Writing to Span the Centuries (Rutgers University, 2001), and Tilting the Continent: Southeast Asian American Writing (New Rivers Press, 2000). 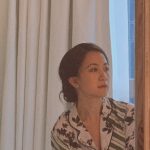 Katherina Nguyen is a creative technologist exploring ways to better bridge the past and future. Her work leading high-impact systems design for organizations like Harvard Kennedy School and Google taught her to appreciate the connectivity of global societies and ecosystems. Currently she works on interactive AI storytelling tools at Meta to empower more diverse voices with a vocabulary to access new media frontiers. She believes in the power, freedom, and responsibility of communities to come together to actively shape strong, inclusive narratives. A Bay Area native and 1.5 generation Vietnamese-American immigrant via the H.O. program, she has been exploring her evolving diaspora identity through poetry and narrative essays. With DVAN, Kat leads the Texas Tech publishing series and upcoming Mapping the Diaspora project.

Kathy Nguyễn is Vice President of Research for ESG & Data Intelligence at Diligent, a modern governance company that empowers transformational leaders to build more successful, equitable, and sustainable organizations. A former educator, she has taught Interdisciplinary Studies at the City College of San Francisco and Berkeley City College and was the Managing Editor of Nhà Magazine. Her short stories and essays have appeared in Fringe, Fourteen Hills, Women’s World, and Nhà, among other publications.

Isabelle Thuy Pelaud is Professor of Asian American Studies at SF State University; and the Executive Director of the Diasporic Vietnamese Artists Network (DVAN), an organization that promotes Vietnamese cultural productions in the Diaspora.  She is the author of This Is All I Choose To Tell: History and Hybridity in Vietnamese American Literature and the co-editor of award winning Troubling Borders: An Anthology of Art and Literature by Southeast Asian Women in the Diaspora. She is currently writing a novel inspired by her mother.
Additional bios to come.

“Textures of Remembrance” is a traveling exhibit created in partnership between Exhibit Envoy, the Diasporic Vietnamese Artists Network and Oakland Asian Cultural Center. This project was made possible with support from California Humanities, a non-profit partner of the National Endowment for the Humanities, and California Arts Council, a state agency with a mission to strengthen arts, culture, and creative expression as the tools to cultivate a better California for all. Visit calhum.org and arts.ca.gov.