Book Talk: Women and the Legacy of Imperialism in the Pacific

Book Talk: Women and the Legacy of Imperialism in the Pacific

At the southern end of the Japanese archipelago lies Okinawa, host to a vast complex of U.S. military bases. A legacy of World War II, these bases have been a fraught issue for decades—with tensions exacerbated by the often volatile relationship between islanders and the military, especially after the brutal rape of a 12-year-old girl by three servicemen in 1995. In Night in the American Village, Akemi Johnson takes readers deep into the “border towns” surrounding the bases—a world where cultural and political fault lines compel individuals, both Japanese and American, to continually renegotiate their own identities.

Joining Akemi in conversation is author of Green Island and former Fulbright scholar, Shawna Yang Ryan. In a story that sweeps across six decades and two continents, Green Island traces the course of Taiwan’s history, from the end of Japanese colonial rule, to the decades under martial law, and finally to Taiwan’s transformation into a democracy. This lush, lyrical novel depicts a family and a nation grappling with the nuances of complicity and survival, raising the question: How far would you be willing to go for the ones you love? 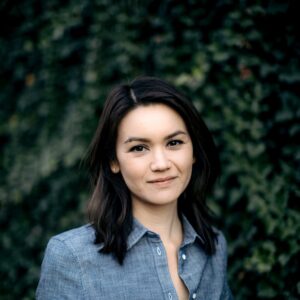 AKEMI JOHNSON is the author of Night in the American Village: Women in the Shadow of the U.S. Military Bases in Okinawa, which has been shortlisted for the William Saroyan International Prize for Writing. Akemi has contributed to The Nation, NPR’s All Things Considered and Code Switch, Travel + Leisure, Roads & Kingdoms, Anthony Bourdain’s Explore Parts Unknown, and other publications. She has been the recipient of a Fulbright grant to Japan, a Pushcart Prize nomination, and the James D. Phelan Award from the San Francisco Foundation.  Akemi earned an MFA in fiction writing from the Iowa Writers’ Workshop and an AB in East Asian Studies from Brown University. She has taught writing at the George Washington University, the University of Hawaii at Manoa, and the University of Iowa. She lives with her husband and daughter in Northern California. Learn more about Akemi. 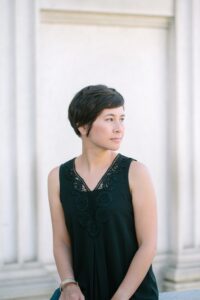 SHAWNA YANG RYAN is a former Fulbright scholar and the author of Water Ghosts (Penguin Press 2009) and Green Island (Knopf 2016). She teaches in the Creative Writing Program at the University of Hawai’i at Manoa. Her work has received the Association for Asian American Studies Best Book Award in Creative Writing, the Elliot Cades Emerging Writer award, and an American Book Award. Learn more about Shawna.