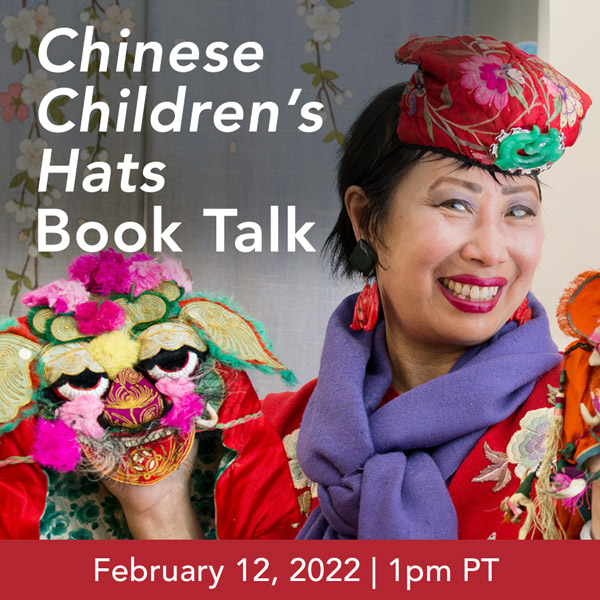 Enjoy a colorful, festive virtual talk with multi-talented Chinese American artist Terri Wong. Seven years ago, she started restoring, collecting and actually wearing antique Chinese clothing. From an estate sale, she purchased 10 Chinese children’s hats and was so enamored with them that she started collecting them. She currently owns 161 of them and recently self-published a book on Chinese Children’s Hats.

Terri will be talking about all of her hats and their symbolism. These hats were originally made only as head protection, but they gradually became whimsical and colorful and part of folk art as Chinese mothers started making their children’s hats in the shape of animals, birds and boats. There was a tradition for children to wear these fanciful hats during festivals such as the Lunar New Year and Autumn Moon Festival.

This event was livestreamed on OACC’s YouTube channel. Donations are greatly appreciated and will support programs. No one will be turned away for lack of funds.

Terri Wong is a Chinese American artist born and raised in San Francisco who has worked in many artistic fields for the past 45 years. She started as an opera singer in the opera chorus for three years; then switched to honing her skills as a fiber artist, making custom knitwear and hats, and restoring antique clothing for a client to sell in his retail store, online store and monthly auctions.  At the young age of 60, she was one of ten women featured in Rizzoli’s “Art of Dressing.”