An Orphan For You Conference

An Orphan For You Conference 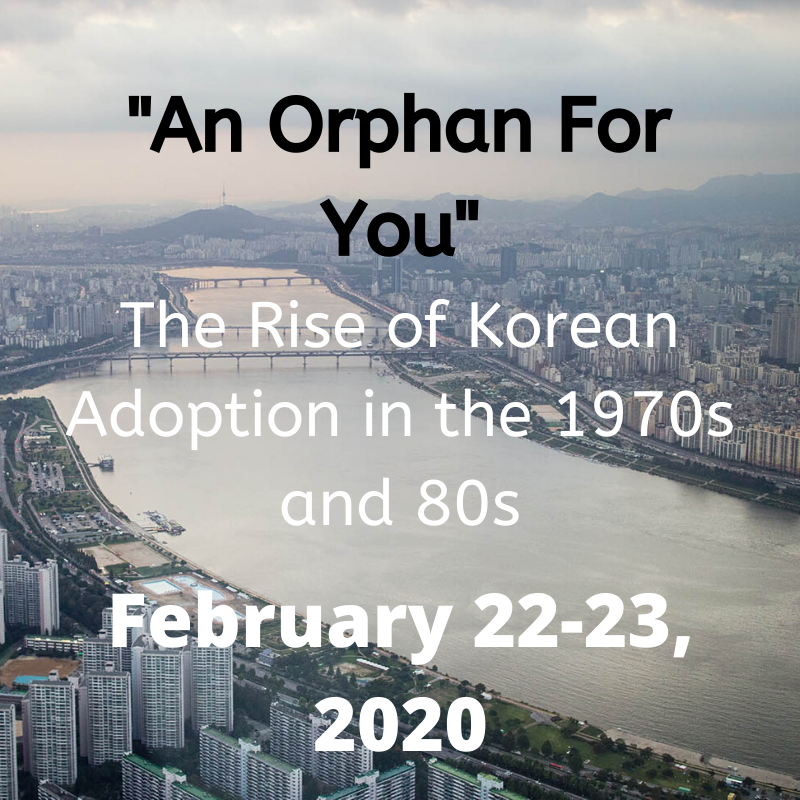 OACC is proud to host Day 2 of “An Orphan for You”: The Rise of Korean Adoption in the 1970s and 80s, a free conference in Berkeley and Oakland, CA. The conference will take place over two days, from February 22-23, 2020.During the 1970s and 80s, South Korea sent the largest number of children overseas for adoption – over 112,000 out of an estimated 200,000 globally – leading some to refer to the country as “the land of orphans.” But many Korean children, perhaps the majority, who were sent overseas for adoption were social orphans who had at least one living parent and, in some cases, an intact family.

What were the factors in South Korea that resulted in so many children being sent overseas at a time of rapid industrialization and rising wealth? What fueled interest in adopting Korean children among parents in the U.S.?