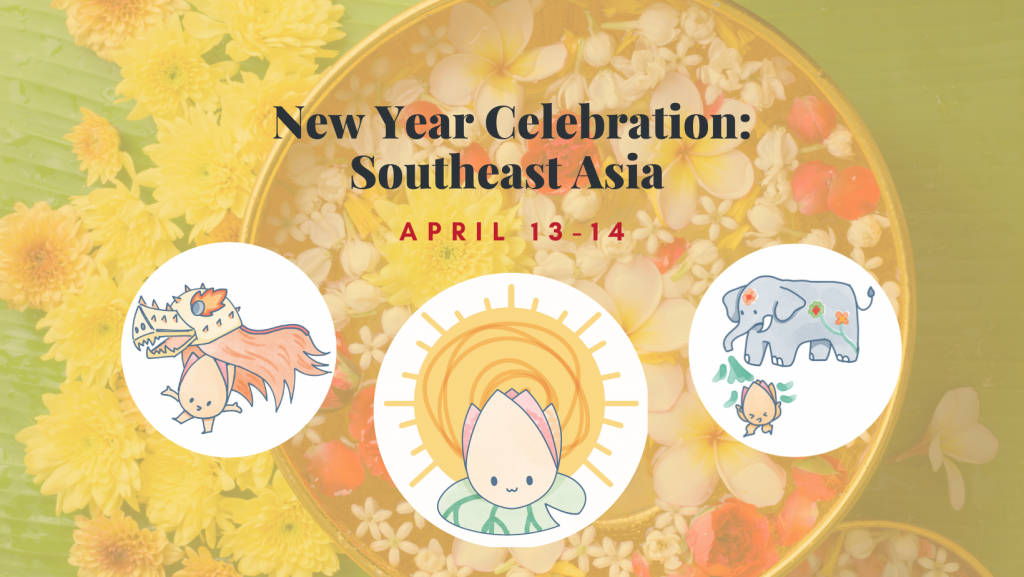 Content will be released during April 13-14 at 12 noon Pacific. 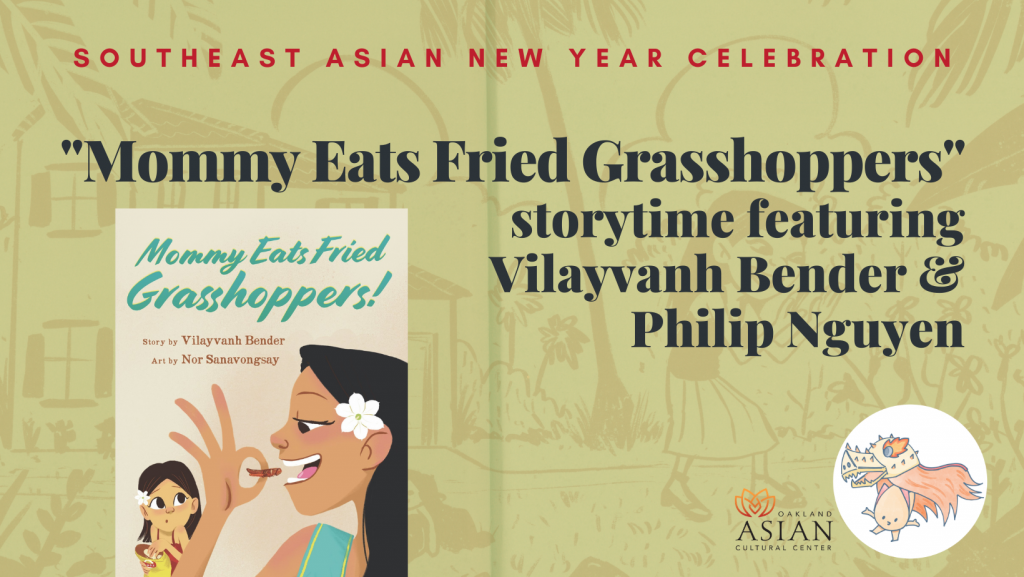 a story of generational and cultural differences between mother/daughter.

Stay after to enjoy a conversation about Lao traditions during Lao New Year with the author, Vilayvanh Bender. Be prepared to eat some FRIED GRASSHOPPERS!

Mommy Eats Fried Grasshoppers is written for children ages 4-8. The conversation is open to all! 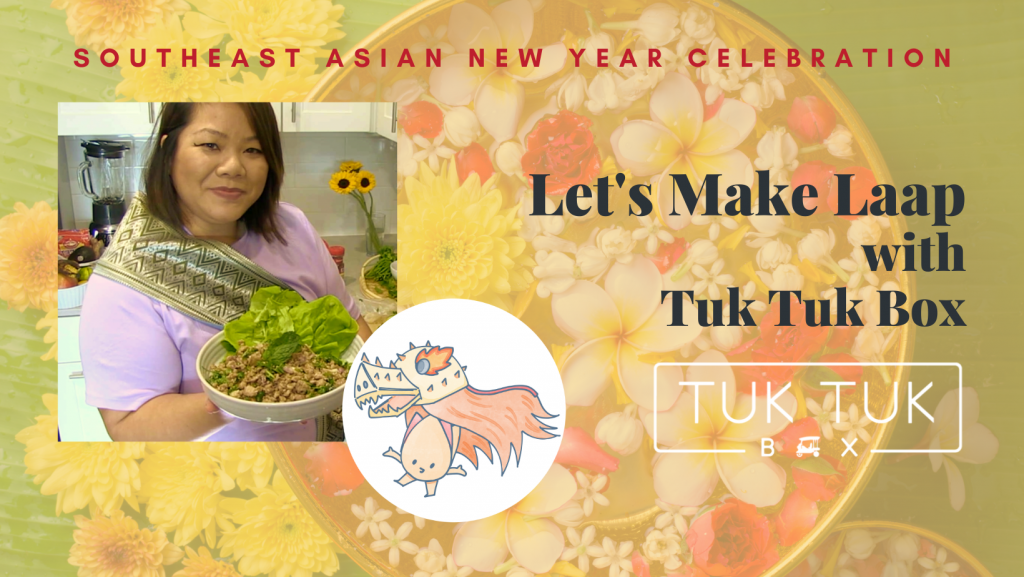 Learn how to make laap with Christy Innouvong of Tuk Tuk Box! 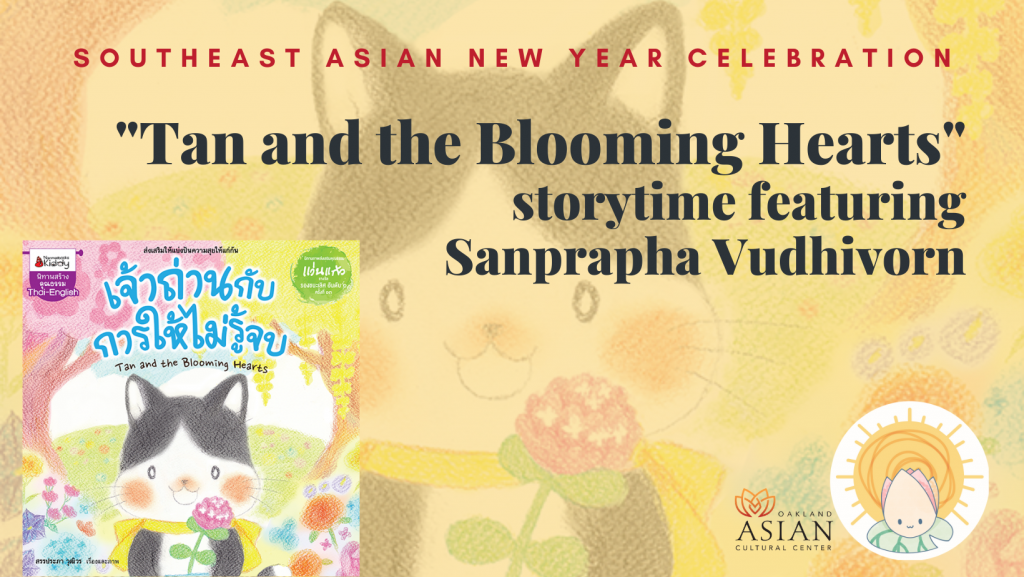 All the way from Bangkok, Thailand, join Sanprapha Vudhivorn (Mimi), a Thai children’s book author and illustrator as she shares a little about Songkran and reads her picture book, Tan and the Blooming Hearts.

A first Runner-up Award of the Glass Award in the category of Picture Books, Tan and the Blooming Hearts is a story that promotes morality. At a village in a deep forest, every cat has one flower each, but every flower has withered. Charcoal’s flowers were the same until one day a stranger came to the village and helps the flowers bloom beautifully…what’s the secret? 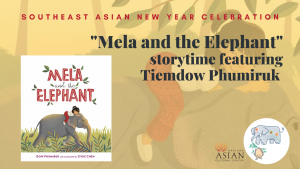 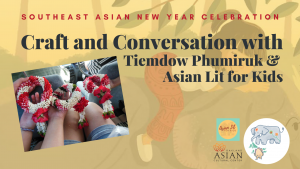 Continue to enjoy more Thai culture and story adventures with Tiemdow “Dow” Phumiruk in a story reading of Mela and the Elephant.

A 2019 Colorado Book Award Finalist Recognized in The 50 Best Multicultural Picture Books of 2018, Mela sets out to explore the river outside her village but quickly ends up in trouble when her little boat is swept downstream and into the dense jungle. She encounters a crocodile, a leopard, and some monkeys, offering each a prize return for helping her find her way home but the animals snatch up their rewards without helping Mela back to her village. Just when she’s about to give up, an elephant shows Mela that kindness is its own reward. This new fable is told with authentic Thai customs and includes an author’s note with more Thai traditions and language.

Stay after for a “Craft and Conversation” session with author/illustrator Tiemdow “Dow” Phumiruk and Shuli de la Fuente-Lau of Asian Lit For Kids. Download this craft cut-out template and materials list file to join in the fun and craft-along!

Mela and the Elephant is written for children ages 5-8. The conversation is open to all! Crafting may require adult supervision.