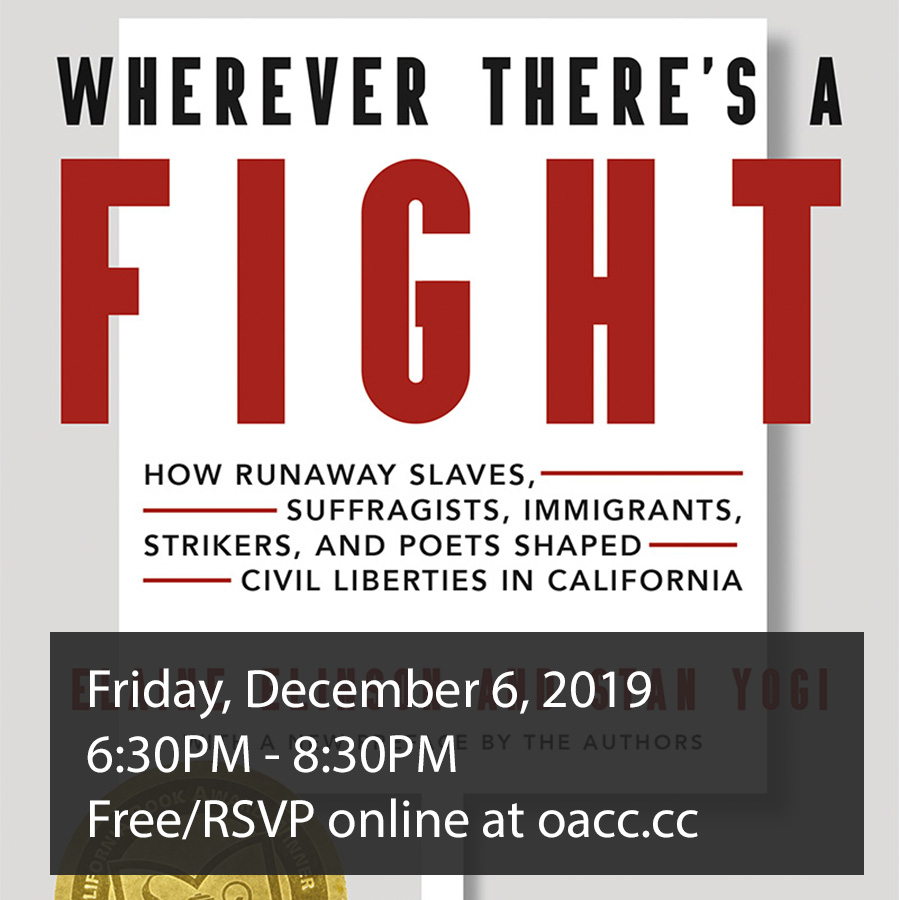 Come celebrate the 10th Anniversary Edition of Wherever There’s a Fight, Elaine Elinson and Stan Yogi’s sweeping story of the social movements and activists who have changed California and made ripples beyond.

Elaine Elinson was the communications director of the ACLU of Northern California and editor of the ACLU News for more than two decades. She is a coauthor of Development Debacle: The World Bank in the Philippines, which was banned by the Marcos regime.
Stan Yogi is the coauthor, with Laura Atkins, of the children’s book Fred Korematsu Speaks Up. He managed development programs for the ACLU of Northern California for fourteen years and is the coeditor of two books, Highway 99: A Literary Journey through California’s Great Central Valley and Asian American Literature: An Annotated Bibliography.
R.S.V.P. TODAY!
+ Google Calendar+ Add to iCalendar