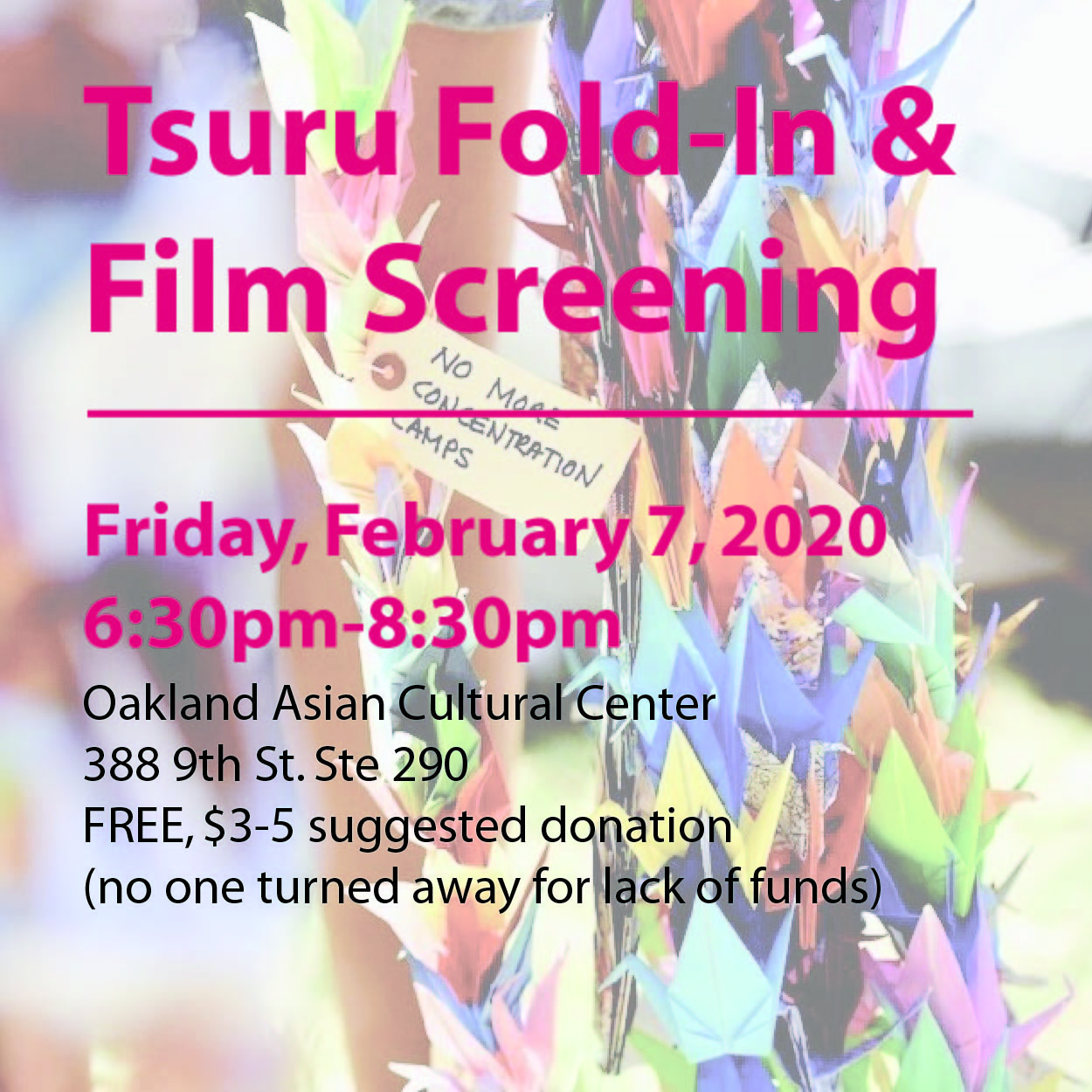 Never again is NOW. Join OACC and Tsuru for Solidarity for a “Tsuru Fold In,” to fold cranes that will join the “National Pilgrimage to Close the Camps” in June 2020. This movement plans to bring 125,000 paper cranes, or tsuru, as expressions of solidarity with immigrant and refugee communities that are under attack today. The 125,000 cranes represent the members of the community who were rounded up and incarcerated in U.S. concentration camps during World War II, including both Japanese Americans and Japanese Latin Americans. Learn more at tsuruforsolidarity.org.

Accompanying this fold in will be a screening of “And Then They Came For Us.” Watch the trailer:

This event is free with a $3-5 suggested donation. No one will be turned away for lack of funds.