The Sweetest Fruits: A Reading & Conversation with Monique Truong and Soleil Ho

The Sweetest Fruits: A Reading & Conversation with Monique Truong and Soleil Ho 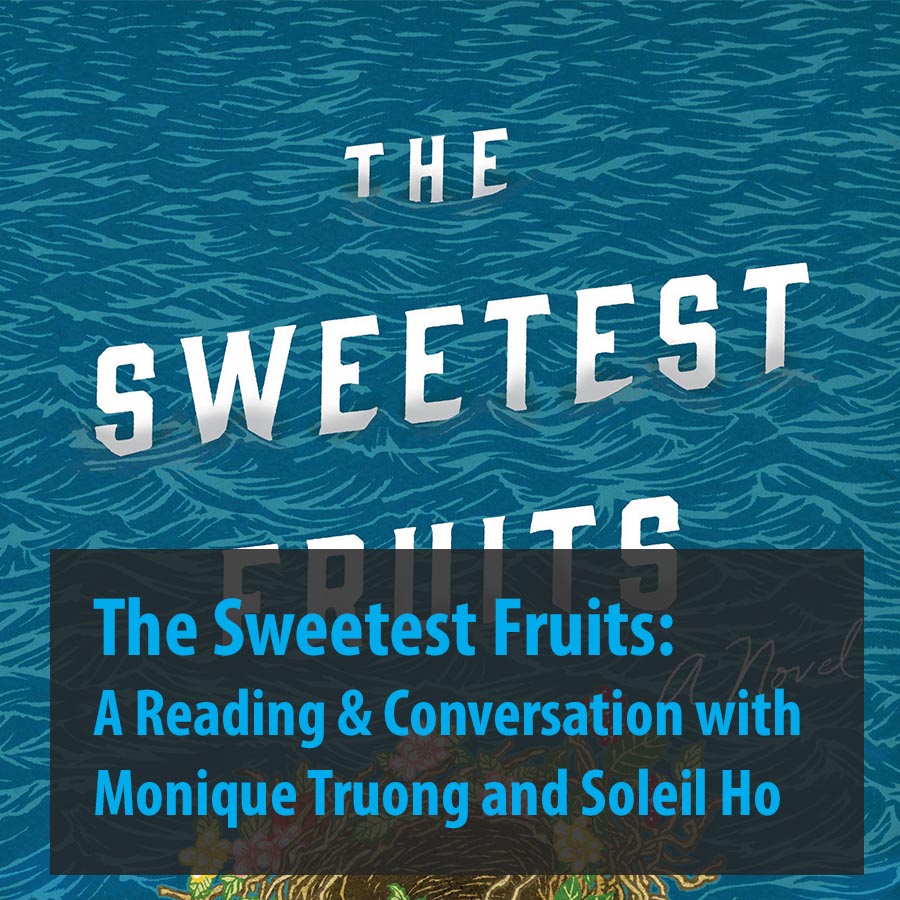 Join us for the Oakland launch of The Sweetest Fruits, featuring Monique Truong. She will be in conversation with Soleil Ho, restaurant critic at The San Francisco Chronicle.

Monique Truong’s highly anticpated new novel, The Sweetest Fruits, is a retelling of the life of Lafcadio Hearn through the eyes of three women: his Greek mother, the African American woman who was his lover and supporter and the Japanese woman who became his wife and literary collaborator. Lafcadio Hearn, a 19th Century writer best known for his interpretations of Japanese folk tales and customs for Western audiences, is still revered for his role as one of the first Westerners to try to convey his appreciation and knowledge about Japan. The Sweetest Fruits, written with careful attention to historical accounts, provides a new way of looking at and connecting with this important and beloved writer.

Monique Truong is the author of three novels — The Book of Salt; Bitter in the Mouth; and now, The Sweetest Fruits, and her work has been published in fifteen countries. Her awards and honors include the PEN/Robert Bingham Fellowship, the New York Public Library Young Lions Award, The Asian American Literary Award, and the American Academy of Arts and Letters Rosenthal Family Foundation Award.

Soleil Ho is The San Francisco Chronicle’s restaurant critic and the co-founder of the podcast Racist Sandwich. She is a food, culture, and travel writer who has been working in the restaurant industry for more than a decade. She is the co-writer of MEAL, a graphic novel on culinary mentorship, queer romance, and eating insects.