46 Years After the End of the Vietnam War: A Conversation About Empathy & Healing

46 Years After the End of the Vietnam War: A Conversation About Empathy & Healing 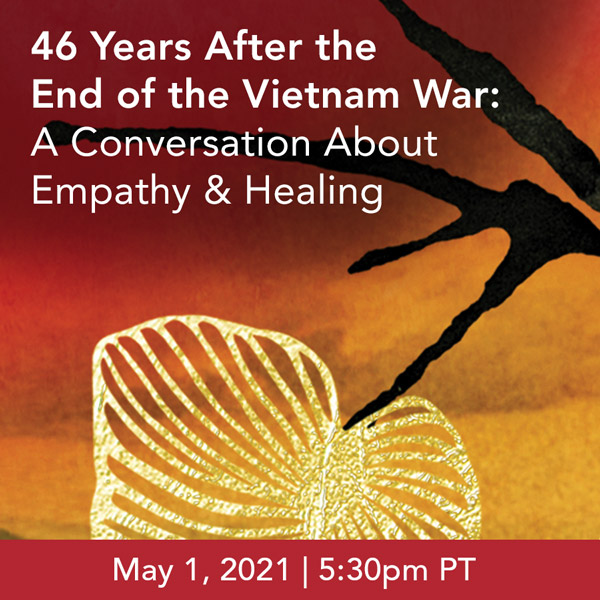 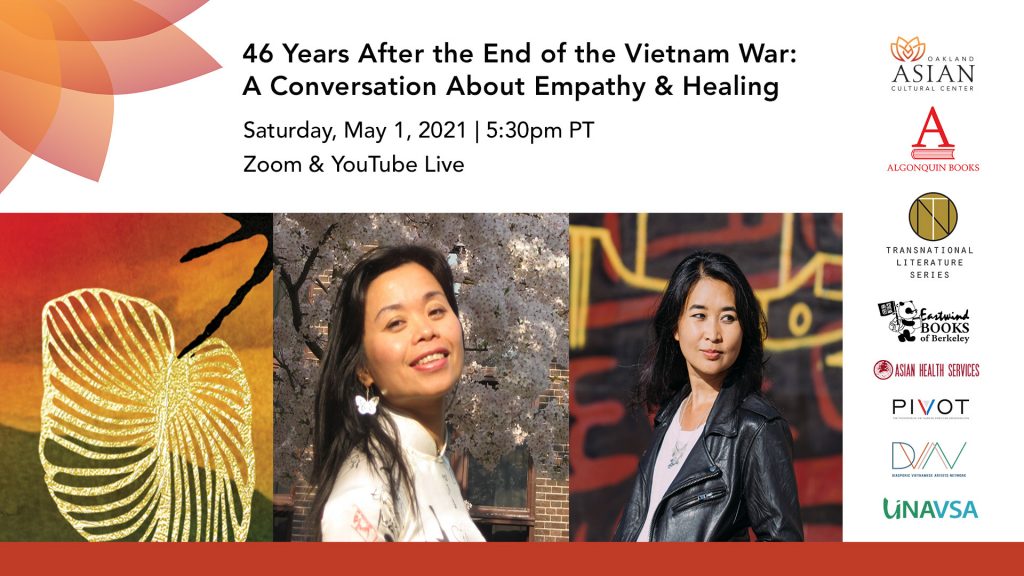 In commemoration of the 46th anniversary of the end of the Vietnam War, Quế Mai, author of The Mountains Sing, and Thi Bui, 2018 Caldecott Honor winner and Eisner Award finalist for her illustrated memoir, The Best We Could Do, will join in a special conversation with Philip Nguyen, President of the Union of North American Vietnamese Student Associations (UNAVSA).

This event will also include a short presentation and wellness exercise by Asian Health Services’ Specialty Mental Health Division staff.

This event is FREE and donations are greatly appreciated. No one will be turned away for lack of funds.

Dr. Nguyễn Phan Quế Mai is an award-winning writer in both Vietnamese and English. Her eight books of poetry, short fiction and non-fiction in Vietnamese have received the Poetry of the Year 2010 Award from the Hanoi Writers Association, the Capital’s Literature & Arts Award, and First Prize in the Poetry Competition celebrating 1,000 Years of Hanoi. Her debut novel and first book in English, THE MOUNTAINS SING, is an International Bestseller, a New York Times Editors’ Choice Selection, Winner of the 2020 BookBrowse Best Debut Award, Winner of the Blogger’s Book Prize 2021, and Winner of the 2020 Lannan Literary Award Fellowship for “a work of exceptional quality” and for “contribution to peace and reconciliation”. Quế Mai is an editor of DVAN’s publishing series with Kaya Press and Texas Tech University Press. She has a PhD in Creative Writing with Lancaster University. Her writing has been translated and published in more than fifteen countries. She has just been named by Forbes Vietnam as one of 20 inspiring Vietnamese women of 2021. For more information, visit www.nguyenphanquemai.com.

Thi Bui was born in Vietnam and came to the United States in 1978 as part of the “boat people” wave of refugees fleeing Southeast Asia at the end of the Vietnam War. Her debut graphic memoir, The Best We Could Do (Abrams ComicArts, 2017) won an American Book Award and been selected as an NEA Big Reads book, a Common Book for UCLA and other colleges and universities, an all-city read by Seattle and San Francisco public libraries, a National Book Critics Circle finalist in autobiography, and an Eisner Award finalist in reality-based comics. It made over thirty best of 2017 book lists, including Bill Gates’ top five picks. She illustrated the picture book, A Different Pond, written by the poet Bao Phi (Capstone, 2017), for which she won a Caldecott Honor. With her son, Hien, she co-illustrated the children’s book, Chicken of the Sea (McSweeney’s, 2019), written by Pulitzer winner Viet Thanh Nguyen and his son, Ellison. Her short comics can be found online at Reveal, The Nib, PEN America, and BOOM California. She is currently researching and drawing a work of graphic nonfiction about immigrant detention and deportation, to be published by One World, Random House. For more information, visit https://www.thibui.com/