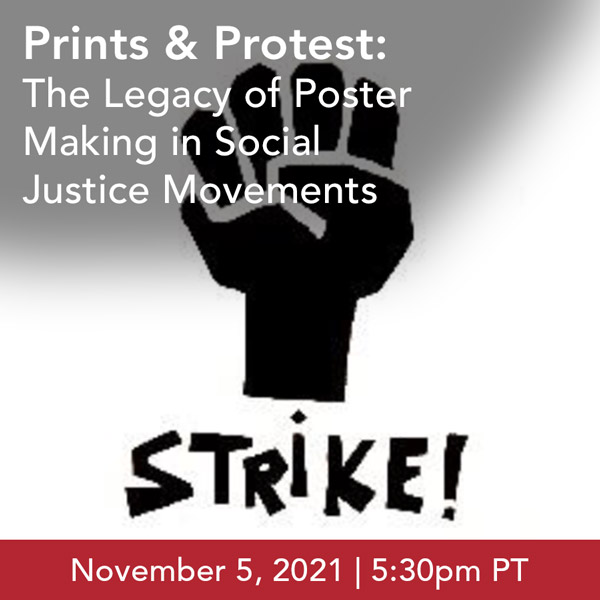 Bay Area printmakers and community artists reflect on the role of printmaking in social justice movements. The Bay Area has been the site of powerful protest efforts advocating for radical social change and a more equitable, inclusive world for all communities, especially those disempowered by the status quo. Accompanying these protests are striking artistic expressions in the form of print posters. Hear from a panel of community individuals about the enduring significance and power of print posters in inspiring social change. Speakers include Art Hazelwood, Joanna Ruckman, Michelle Mouton, and Sharat Lin (see bios below).
This panel is presented in conjunction with The Art of Protest exhibition that features protest posters from the 1960s and 70s to the present, the majority of which were created by university students at UC Berkeley and UC Santa Cruz. It is presented in partnership with Sharat Lin (curator of The Art of Protest) and Art Hazelwood (author of Mission Gráfica: Reflecting a Community in Print). Donations are greatly appreciated and will support programs. No one will be turned away for lack of funds.
About the Speakers 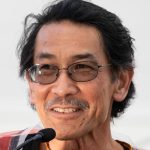 Dr. Sharat G. Lin is the curator of The Art of Protest. As a community activist, he is the creator of hundreds of graphic flyers and posters for a variety of current events and protests. As a photojournalist, he is a contributor to the street photo exhibit Housing! in Oakland. He serves on the boards of Human Agenda and the Initiative for Equality. He is co-coordinator of the Dr. Martin Luther King, Jr. Legacy Committee in San José, and past president of the San José Peace and Justice Center. A medical scientist by training, Sharat writes and lectures on global political economy, labor migration, social movements, and public health. He is a contributing author in the book Studies in Inequality and Social Justice (2009). He performs the Dance of Peace (@danceofpeace) to uplifting music at festivals, parades, farmers’ markets, museums, and protests in support of social justice. 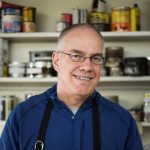 For over 25 years Art Hazelwood has created politically charged prints, working with dozens of organizations from arts organizations to unions to grassroots movements. Over that period he has been consistently involved with homeless rights, including working with the Western Regional Advocacy Project, where he is the Minister of Culture. In 2017, he received the Artwork as Revolution Award from the Coalition on Homelessness. At the San Francisco Art Institute, he taught and was part of the founding of the San Francisco Poster Syndicate, which has brought together political poster makers from various levels of experience and backgrounds to create art for activist organizations. He is the author of the forthcoming book Mission Gráfica: Reflecting a Community in Print, as well as  Hobos to Street People: Artists’s Responses to Homelessness from the New Deal to the Present. His artwork is in the collections of the Library of Congress, the Whitney Museum of American Art, and many other institutions. He shelters in San Francisco. Learn more at www.arthazelwood.com. 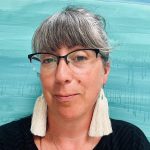 Joanna Ruckman is an anti-disciplinary artist based in Alameda, CA. She designs art for social justice organizations including Vision Quilt, Peace in the Streets and Oakland Frontline Healers. Joanna engages in public and political printmaking projects with SF Poster Syndicate; has completed several public murals projects; engages publics through interactive installations of her Hair Stories oral history project, and is a founding member of SFMAMA (SF Museum of Artists Marginalized by Aristocrats). She received a BA in Cultural Anthropology and Visual Arts from Brown University, an MFA from SFAI in 2019. Her work has been exhibited in SFMOMA and the De Young Museum, and is part of several collections and portfolios. She currently teaches in the Multimedia Arts Digital Imaging Department at Berkeley City College, and is teaching and building an anti-racist kids art curriculum called “We Color the Bay”. 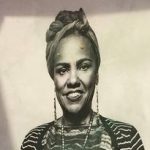 As a San Francisco native, Michelle Mouton has been a social, political and cultural activist for over five decades. She became politicized through participation the antiwar, civil rights and SF State Strike movements. Her commitment to social change and international solidarity was deepened, as a 16 year old brigadista on the 1st Venceremos Brigade. As a result of relationships forged during these experiences she became involved in the West Coast chapter of the 3rd World Women’s Alliance, later transformed into the Alliance Against Women’s Oppression. Currently Mouton is a member of Consejo Grafica, a consortium of Mexican, Latin, Central American, Afro Caribbean print makers and cultural activists, promoting the significant intersection of this rich legacy through social practices toward change in the United States and throughout world. As a curator she has worked with her partner, Juan Fuentes to identify cultural venues to curate visual and cultural collaboration to promote the work of artists of color.