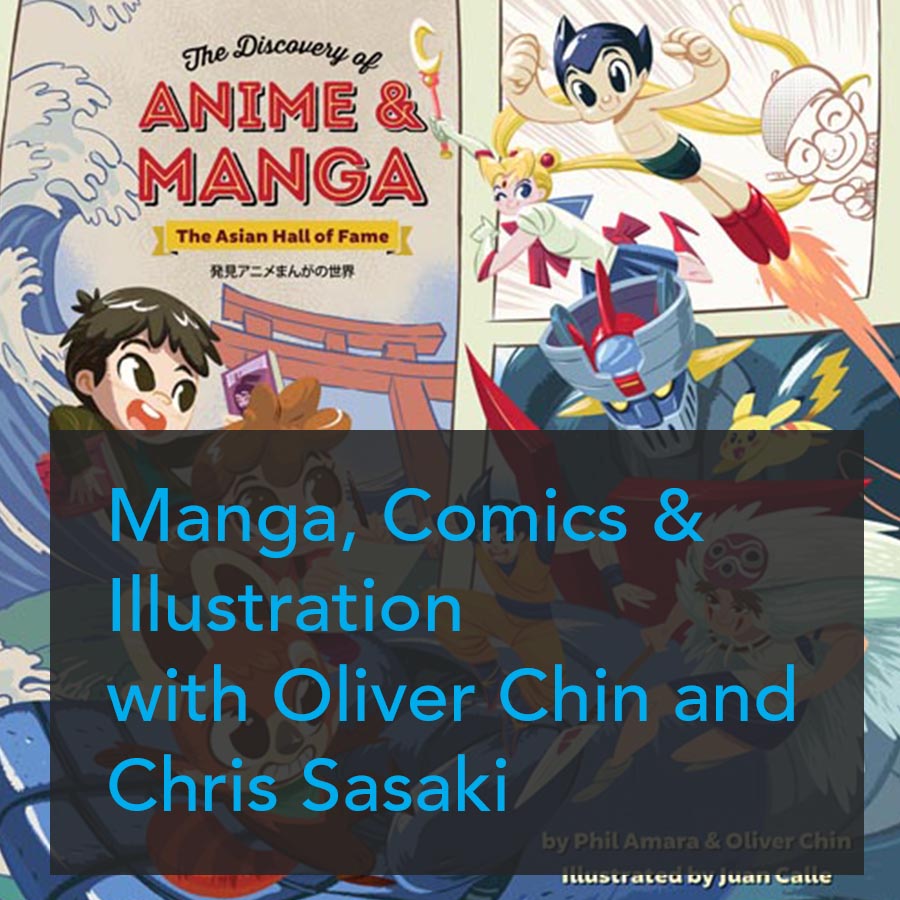 Two new books introduce the world of Japanese animation and manga, and the life of illustrator Tyrus Wong, to young readers. Don’t miss this event with two local animation and art directors!

Anime and manga have never been more popular. How did iconic characters like Totoro or Pokemon become Japanese pop culture and attract a worldwide following? And how did Tyrus Wong, a Chinese American immigrant, bring Disney’s Bambi to life?

Join us for an event celebrating two new books that introduce the world of Japanese animation and manga, and the life of the artist Tyrus Wong to young readers. San Francisco-based writer Oliver Chin, a co-author of The Discovery of Anime and Manga, will share his book about a time traveling panda named Dao who transports two young companions to the early days of anime and manga in Japan. Oakland-based illustrator Chris Sasaki will share his storyboards from a new picture-book biography Paper Song: The Inspiring Story of Tyrus Wong, Immigrant and Artist, written by Julie Leung.

Oliver Chin is a comic book veteran and the co-author of The Discovery of Anime and Manga, a picture book about how anime and manga came to be. Co-authored by Phil Amara and illustrator Juan Calle, the book is the third in the Asian Hall of Fame series. He is the author of over 15 books, including the popular annual children’s book series Tales from the Chinese Zodiac. He presents at schools, libraries, and museums nationwide and teaches artists of all ages how to create their own comic books.