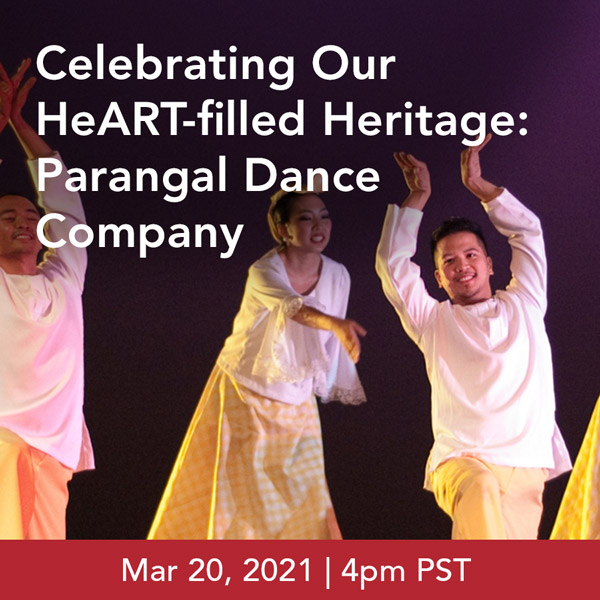 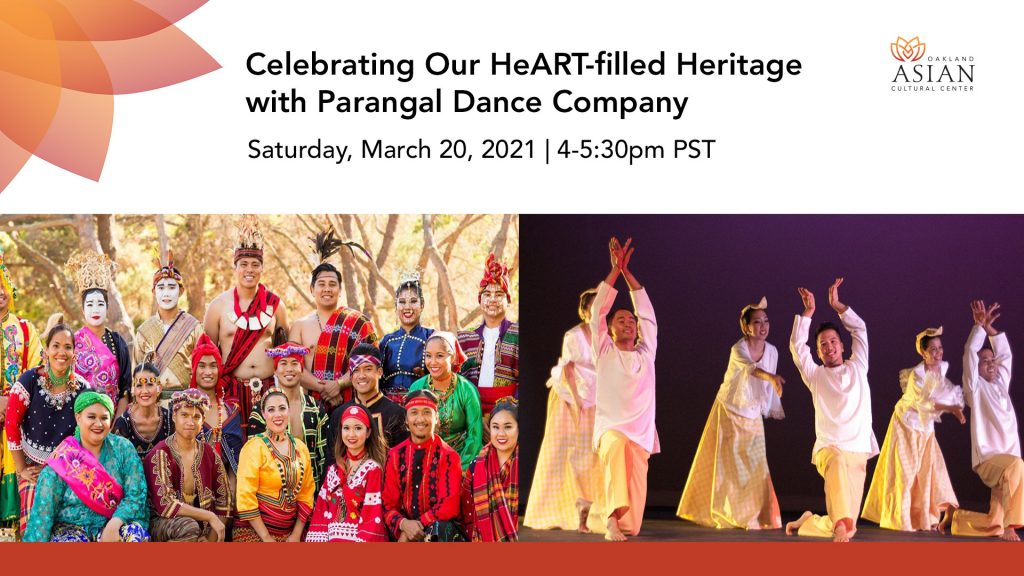 OACC’s performing arts series continues with a showcase of captivating dances from various regions of the Philippines and a live workshop with members of Parangal Dance Company, a Filipino folk dance group based in the SF Bay Area. Parangal Dance Company’s mission is to give tribute to Philippine heritage by preserving and promoting ethnic attire, music, and dance through research, workshops, and performances.

Event Access: This event will be broadcasted live to Parangal’s Facebook Page and OACC’s YouTube channel on March 20th. No software downloads or passwords needed! RSVP to receive the latest updates and additional information.

Enjoy a special preview clip for the March 20th program!

RSVP to receive the Zoom link. Donations are appreciated and no one will be turned away for lack of funds.