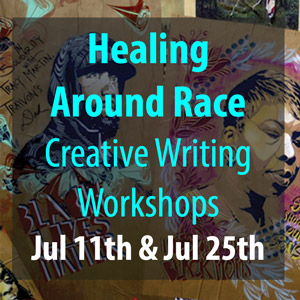 Struggling to process and confront anti-Black and anti-Asian racism within your social networks? Explore the healing power of creative writing!

Participants will be invited to engage in creative writing exercises around questions like: What arts do you resonate with and why? What are your creative outlets? If I could, this is the story I’d tell.

NOTE: The workshop will be hosted on Zoom and YouTube Live with a sliding scale fee of $5~$15 to help support our presenters, organizers, tech and labor costs. If you are interested in participating but are unable to afford the ticketing tier, please email programs@oacc.cc and we would be happy to work with you on making this event accessible. 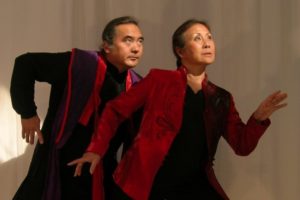 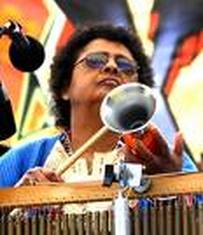 Nancy Wang and Robert Kikuchi-Yngojo are Eth-Noh-Tec‘s founding artistic directors. Since 1981, Nancy’s dance, choreography and theater experience synthesizes with Robert’s musical talents, composing and theater experience, exploding their duality into a unique and choreographed expression unlike any other. Combining stylized gesture and movements with their mutual vision of the interplay between the arts and humanities, the spoken word, and music, Nancy and Robert quickly became a dynamic creative partnership, recounting age-old Asian folktales and contemporary Asian American stories.  Together their performance style is a multiple of dualities: the Spiritual and the Human, the Eastern and Western, the Social and the Personal, the Traditional and the Experimental.
Together they perform around the world with several programs and workshops.  They have received various awards including ‘Artist of the Year’ by National Young Audiences, and NSN’s ‘Circle of Excellence’ and ‘International StoryBridge’ awards.  They are also the recipients of numerous grants.

Visit their online store for DVDs, CDs and more.

Jennifer Hasegawa is a poet and photographer. The manuscript for La Chica’s Field Guide to Banzai Living received the Joseph Henry Jackson Literary Award. Hasegawa’s work has appeared in The Adroit Journal, Bamboo Ridge, and Tule Review. She was born and raised in Hilo, Hawai‘i and lives in San Francisco.

Dennis J Bernstein lives in San Francisco. He is the award-winning host/producer of Flashpoints, syndicated on public and community radio stations across the United States. Bernstein is the recipient of many awards for his work, including the 2015 Pillar Award in Broadcast Journalism. In 2009, Pulse Media named him one of the “20 Top Global Media Figures.” Bernstein’s articles and essays have appeared in numerous newspapers and magazines including The New York Times, Denver Post, Philadelphia Enquirer, Newsday, The Nation, Dallas Times Herald, San Francisco Chronicle, Boston Globe, Mother Jones, Village Voice, The Progressive, Vibe Magazine, Spin Magazine, Toronto Globe, Kyoto Journal, Der Spiegel, and many more.

Shizue Seigel is a Japanese American writer born just after her family’s release from WWII incarceration. She’s led community writing projects for Centers for Disease Control/UCSF, National Japanese American Historical Society, African American Arts & Culture Complex, and others. She was written or edited six books, and her memoir and poetry have been widely published elsewhere.  She directs Write Now! SF Bay, which supports Bay Area writers of color through workshops, events and anthologies.