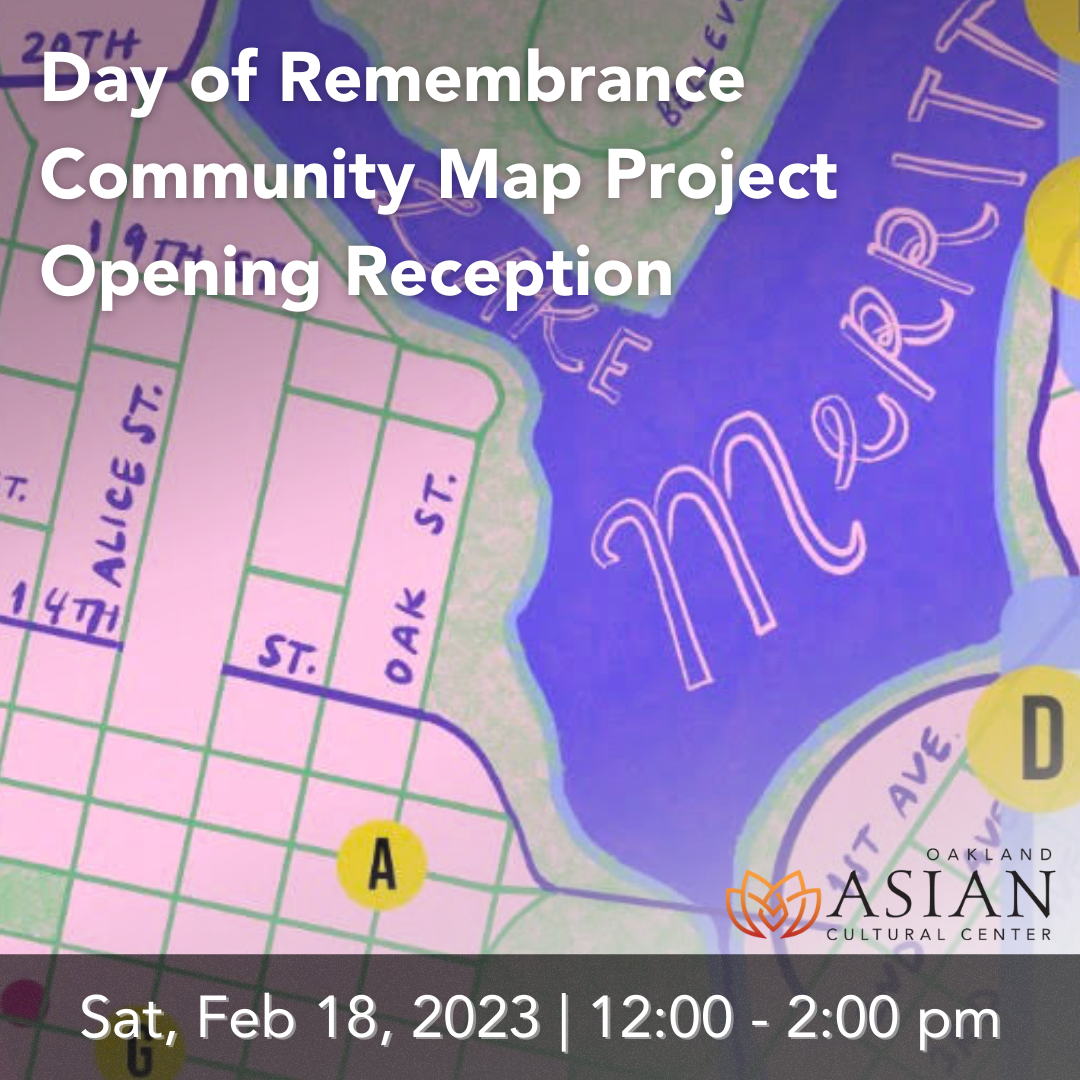 Join us for the opening reception for our Day of Remembrance Community Map Project on Saturday, February 18th, featuring a performance from Emeryville Taiko and a community panel about the role of art, memory, and place in the movement for civil rights.

This project is in honor of Day of Remembrance on February 19th, which marks the day in 1942 when President Franklin D. Roosevelt signed Executive Order 9066, giving the U.S. Army the authority to forcibly remove and incarcerate Americans of Japanese ancestry residing on the West Coast during WWII. 120,000 Americans of Japanese ancestry were impacted, and had to abandon their jobs, their homes, and their lives to be sent to one of ten concentration camps scattered in desolate, remote regions of the country.

Every February, the Japanese American community commemorates Executive Order 9066 as a reminder of the impact the incarceration experience has had on their families, community, and our country. It is an opportunity to educate others on the fragility of civil liberties in times of crisis, and the importance of remaining vigilant in protecting the rights and freedoms of all.

OACC has commissioned a local artist to create a map of Oakland that highlights the vibrant pre-WWII Japanese American community residing in Oakland prior to their detention, including Japanese American businesses, art and cultural sites, and community centers. Be sure to pick up a copy of the community map at the opening reception!

Stay tuned for more information about accompanying public programs. If you have any interest in contributing to the project, email programs@oacc.cc.

This project is funded through the California State Library Civil Liberties Grant.