Book Launch: ‘Last Boat Out of Shanghai: The Epic Story of the Chinese Who Fled Mao’s Revolution’

Book Launch: ‘Last Boat Out of Shanghai: The Epic Story of the Chinese Who Fled Mao’s Revolution’ 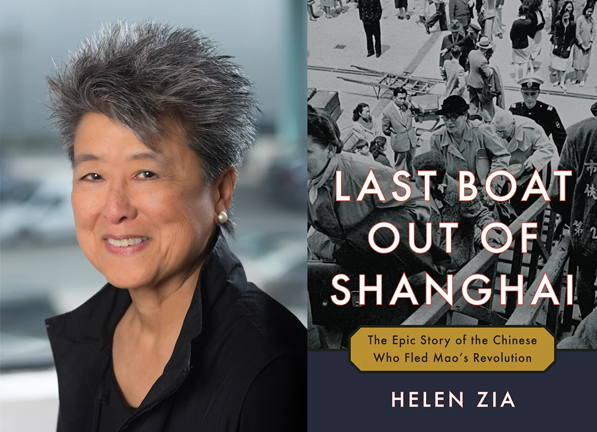 ‘Last Boat Out of Shanghai:The Epic Story of the Chinese Who Fled Mao’s Revolution’ Book Launch

LAST BOAT OUT OF SHANGHAI is based on the dramatic, real- life stories of generation caught up in the mass exodus of Shanghai in the wake of China’s 1949 Communist revolution—a heartrending precursor to the struggles faced by migrants today.

Zia weaves together the stories of four young Shanghai residents who wrestled with the decision to abandon everything for an uncertain life as refugees in Hong Kong, Taiwan, and the U.S.

Helen Zia is the author of Asian American Dreams: The Emergence of an American People, a finalist for the Kiriyama Pacific Rim Book Prize,. Zia is the co-author, with Wen Ho Lee, of My Country Versus Me: The First-Hand Account by the Los Alamos Scientist Who Was Falsely Accused of Being a Spy. She is also a former executive editor of Ms. magazine. A graduate of Princeton University, she holds an honorary doctor of laws degree from the City University of New York School of Law and lives in the San Francisco Bay Area.